Essay on Air Pollution for Children and Students 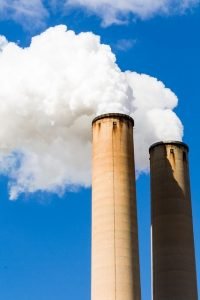 The contamination of air with poisonous, foreign elements takes place such a situation could be referred to as air pollution. Well, one could say that when the air is not fit for breathing, you could call it polluted, contaminated, altered whatsoever. Pollution doesn’t harm only humans but extends its impacts to eradicating the well being of plants, animals, and other species.

●    Wildfires in forests also cause the release of toxic gases in the atmosphere.

●    Garbage and waste material when nor properly managed and dumped injudiciously they’re likely to pollute the air as well.

●    Use of air conditioners, refrigerators, produces fluorine gases and the most dangerous chlorofluorocarbons which also causes the depletion in the ozone layer.

●    The industrial areas are likely to be the most polluted ones. They industries emit poisonous gases recklessly and there’s no escape to it.

There are many effects of air pollution on the environment as well as the ecosystem. Well, let’s look at the major ones.

The excessive amount of greenhouse gases in the environment trap the heat in the atmosphere and makes the surface of the Earth several times hotter than what it’s ideally supposed to be. That’s a factor for various issues. All these problems of the environment, pollution, global warming, ozone depletion, all of them are inter-connected. Most of them are the consequence of human settlements and over-exploitation.

Acid rain is the most dreadful thing to happen on Earth. The rain that was linked to the symbol of happiness and prosperity is also acidic and polluted now. Acid rain occurs when sulfur dioxide gets high into the atmosphere. And when they get washed, the rain gets acidic and toxic.

It’s hazardous for agricultural activities as well. It can damage forests and kill marine life.

92% of the world population lives in highly air polluted areas. Air Pollution is as deadly as tobacco, and it might harm you even before you take your first breath.

It can cause you illnesses as of respiratory problems, inflammation, asthma, pneumonia, etc. It also reduces life expectancy.

Air Pollution can be controlled by controlling the factors leading to it. The emission of gases from huge factories, motor vehicles, the toxic gases, everything if not stopped could be controlled.

Solar energy and another organic form of energies could be used instead of the Pollution causing resources like coal etc.

I hope, you like this essay (essay on air pollution). Please share it with your friends and family.