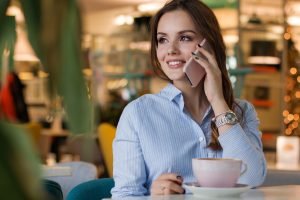 Cell phones are such miraculous phenomena of the world now, the smart-phone has revolutionized things in the world. There was this time when people wrote letters or sent a message through telegram. Mobile phones have enabled one to communicate with someone from the farthest corner of the world as well. Motorola’s Martin Cooper invented the first cell phone. The invention of the cell phone though wasn’t a sudden development, it was a multi-generational effort. Though talking of phones in India, it is only in recent years that mobile phones have become such an accessible entity. Even the people from lower economic classes of society own mobile phones. There are two reasons, mobile phones have become an essential thing for our lives, it has become a necessary commodity and unlike the previous years of the timeline they come in all ranges, even a poor can afford it. Now, seeing smart-phones in everyone’s possession is such a general sight. India has indeed grown in this aspect.

Strike a balance concerning the time you use on your phone

Along with the advancement of mobile phones, the internet, social media platforms our generation seems to be distracted by all kinds of unnecessary things they are influenced by.

There is an essential need for being judicious about using a phone. It could be a boon as well as a curse, it depends on how you make use of it.