Essay on ‘Unity in Diversity’

Let’s start the essay on unity in diversity….

Outlines of the Essay 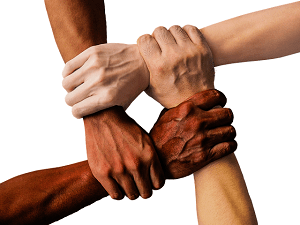 India is a nation to have immense diversity. The country is rich in its culture and heritage. There are various cultures coexisting bound by the same national identity. And that’s the reason why in India there are laws on the idea of single citizenship. Though initially in the nation-state, Jammu Kashmir held a different position, now it’s likely to be like any other state of India. All the States of India have a distinct culture and most of them even a vernacular language, but all of us together are Indians.

Call that as unity in diversity. We are all different people belonging to different cultures and landscapes but we stand united, together.

The importance and beauty of Diversity

India is a nation to call itself a secular, federal, and nation working on the principles of fraternity and democracy.

The beauty is in the diversity of the civilisation, we all have different socio-cultural identities. Some women wear Ghagra, while a few wear kanjivaram sarees, some men wear dhotis some wear lungis.

The diversity amongst the people is clearly visible and it’s quite inevitable. It’s in their language, their food, their clothes, their dance forms, their folk songs etc.

India is also religiously diverse, and we claim to have multiple religions in the nation-state, there’s no official religion of the nation, we’re a secular country.

Keep Reading this Beautiful essay on unity in diversity….

The challenges to this Diversity

The diversity could at times be a factor behind the internal conflicts that various communities or groups of people are likely to have amongst them.

People always feel threatened, insecure if they belong to a minority community, similarly, someone who belongs from the majority -community might dominate the other people claiming more power. The power battle is also a result of such diversity, where one wants to prove supremacy while the assertion of power through violence or anything else that’s hurtful.

The chances of clashes increase with diversity in the nation. The recent cases of mob lynching are the events that substantiate the point. People go taking actions in rage and they become intolerant of the other communities and in result, they harm the harmony of the state.

Conclusion of the Essay

We as the citizens of India are proud to be from this country that enables diversity to exist. There’s a scheme of harmonious coexistence of diverse groups and people all together. While at the same time they are also allowed and encouraged to keep their socio-political, cultural, religious identities intact.

Hope you loved the essay on unity in diversity. Please let me know in comments how it was. Thank you.